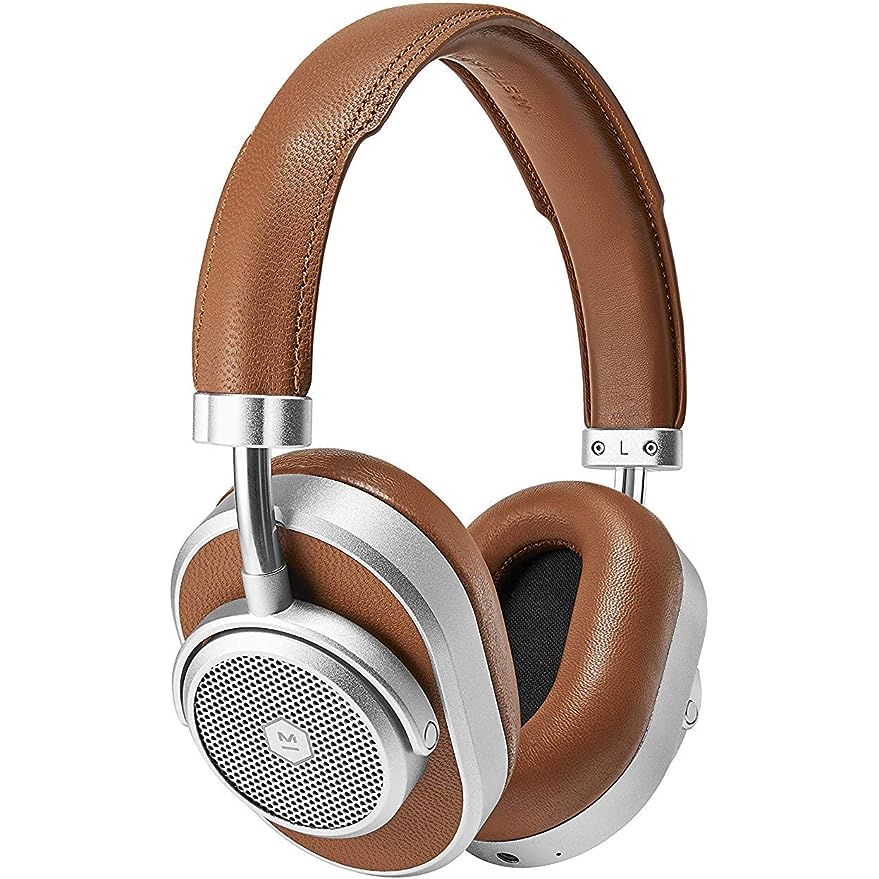 To me, if you’re spending over $300 on a pair of headphones, you want to feel like you aren’t making any compromises. I tried 6 pairs of wireless noise canceling headphones and ended up with the MW65. Even though it was the most expensive of the 6, it was also the only one where I really felt like it was worth the price. Here’s what I tried:

When I started, I didn’t know a whole lot about noise cancelling wireless headphones, and I was a little skeptical that it was anything more than a gimmick. After trying it out for a few weeks… it’s not a gimmick, it does make a difference, especially if you work in a noisy office and need to concentrate.

To me, sound quality is the most important criteria and not something I want to compromise on. The Master and Dynamic brand is known for their sound quality, and the MW65 don’t disappoint in this area. These headphones shine with everything from modern, fuller, bass-heavy sounds to classical recordings where you want more detail and a feeling of space. The Beoplays were the close runners up for me, slightly edging out B&W PX and Denon on bass response, and then Bose trailing significantly.

Comfort is another important factor. I wear my headphones a lot and for long periods of time, so they need to feel good. This is obviously going to depend on your preferences and the shape of your ears and head. MW65 and Beoplay H8i are very comfortable and very light. Bose and Denon are reasonably comfortable. B&W PX ear cups are on the firm side, and the headphones are also quite heavy overall (12oz). It isn’t really uncomfortable but that much weight makes it feel a bit like you are wearing a helmet. H9i was the worst for my particular ears. They are light, but the ear cup pressed against my ears so I couldn’t really wear them for more than an hour at a time. I didn’t try them, but Bang & Olufsen have tried to address this problem in the next gen H9.

Another aspect of comfort is ear pressure. Some people report an uncomfortable feeling of pressure when ANC is on, and it can become painful after long usage. This seems to vary from person to person, but it was true for me. Some brands are better than others. MW65, B&W PX and Denon were the best, followed by H9i, then Bose and H8i. The big surprise was how different the H9i and H8i felt. H8i are on-ear, so it is possible that they are engineered with maximum ANC to compensate for less noise isolation.

Active noise cancelling (ANC). I tested the effectiveness of noise cancelling in an office environment, walking on city streets and by standing near a bathroom vent fan and kitchen hood fan to test how they handled continuous white noise. Bose is well ahead, followed by B&W PX, H9i, MW65, H8i, and then Denon trailing significantly behind. All headphones except Beoplay H9i and H8i had the ability to toggle between ANC modes like Airplane, City and Office. MW65 have two modes, Low and High. To me, the difference was not noticeable in most environments, but quite apparent when listening to white noise (more midrange frequencies in Low than in High mode) and also Low works best for windy environments where High mode creates weird audio artifacts. MW65 also have the advantage that the fidelity of the sound is very good even when ANC is on. Bose is on the opposite end of the scale, where the already weak sound reproduction is made worse with ANC on.

With MW65, you’re definitely not getting the best possible ANC. It’s really in the middle of the pack. But ANC is one of those things where, in my opinion, the best is not actually the best. Bose is the best in ANC, but comes with comfort and sound quality compromises that make it not a good value. What good is excellent noise cancelling on headphones that don’t get used because they are too uncomfortable to wear? My criterion for ANC is whether the headphones can put a significant dent in the ambient noise that I feel a sense of relief and I’m able to concentrate and enjoy the music. All the headphones except for Denon are more than acceptable.

Industrial design and materials. Bowers & Wilkins and Masters & Dynamic take the prize here, they are both absolutely beautiful. I love the elegance of the PX, especially in the gold colorway. Both feel sturdy and well-made, which is a particular achievement for MW65 since it only weighs 8oz. The two Beoplays are strong contenders, the Denons have their charms especially coming from a company known more for generic black boxy stereo systems. The ugliness of Bose is really inexcusable. I’m sure their industrial designers are very talented. Why not let them do their jobs?

Extras. MW65 lacks a few of the other the bells and whistles that other headphones have. The main one that I miss is the transparency feature which lets you hear yourself talking when you are on a phone call. On the other hand, MW65 is the only pair with voice assistant support, works in wired passive mode and doesn’t come with an app for your phone. I count that as a feature, because the apps for the other headphones are generally not very good. iPhone’s Today View can be customized to show bluetooth battery life, and that’s all I really need.

When it comes to over-ear noise cancelling bluetooth headphones, Master & Dynamic have done it right with MW65. They’re $500—but it’s absolutely clear what you’re getting for your money. In my opinion, the lower price points aren’t a good value. For me, they would end up collecting dust, so I’m not sure I would spend less. If I couldn’t afford these, most likely I’d wait until I could.

Surround yourself with fewer, better things.